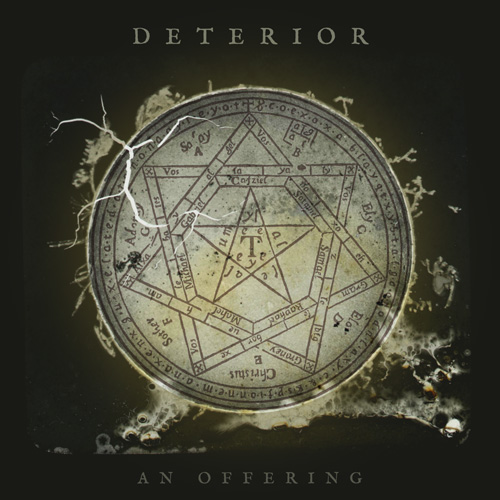 August 07, 2020
Today is Bandcamp Friday, where Bandcamp is waiving their revenue share. But I've been fortunate to make music as a hobby and don't need the support (which is why Deterior albums have always been free). Times have been tough for a lot of people lately and there are places that need help more than we do. So, if you do choose to support us on Bandcamp, we will be donating 100% of our revenue to charities instead, starting with the Southern Poverty Law Center, an organization dedicated to fighting injustice in the United States. You can learn more at https://www.splcenter.org/ . As always, thanks for listening.
Post a Comment
Read more 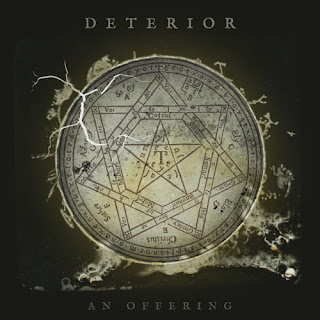 The next chapter is on its way. An Offering releases August 7, 2020. A preview with pre-order is already up on Bandcamp here. You can get notified of the Spotify release here. In addition to streams and downloads on Bandcamp, the album will be on all other streaming platorms (same as Ring This Broken Bell is).
Post a Comment
Read more 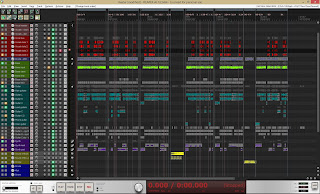 After months of hard work, recording on the new album is complete! All that is left now is post-production (finalizing effects, mixing, mastering, stuff like that). We're aiming for it to be out around the end of the summer (late July / August / September or so), possibly with a preview track a bit earlier than that, but I'm not sure yet. Mm, look at all those beautiful audio tracks. The album is called An Offering and will be eight tracks (six songs and two interludes).
Post a Comment
Read more

June 19, 2020
It's 2020. I hope everyone is doing well. Things are a little nuts out there. I have two cool things to talk about today. Althought the blog has been quiet, Deterior has been busy. First: Deterior is starting to get onto other streaming services (besides Bandcamp). We're piloting the new distribution stuff with last year's album Ring This Broken Bell . It's now available in the following locations: Apple Music Amazon Music Bandcamp Spotify YouTube Secondly: The new album is getting close to done. I've had a little extra time these last few months to buckle down and really get to work on some new music. Progress on the new album is going very well. Instruments are recorded and the mix is getting pretty solidified. In fact, the only major piece left to do is record vocals and finish the mix and master. If we can get that wrapped up this month, I foresee the album coming out before the end of the summer. The new album will also be available o
Post a Comment
Read more

October 12, 2019
Just a little note on what's new in Deterior land. The last album Ring This Broken Bell has been out for a while now to no one's interest, so the next new thing is in the pipeline. Deterior is planning on putting out its eighth full-length album probably sometime early next year. At this stage, all music and arrangements have been written, and we're in rehearsal mode. It's the usual around-six-songs, around-forty-minutes deal. Lyrics and vocals haven't been started but they're going to be in as usual this time around. Rather than the orchestral post-rock style of the last album, this one is leaning harder into the traditional sludge sound—think Primitive Circuitry but a bit crunchier. More info to come, as it comes in.
Post a Comment
Read more

February 18, 2019
Ring This Broken Bell by Deterior The first Deterior album in four and a half years. It's been a long road to Ring This Broken Bell , and I'd like to thank everyone still here for sticking around to see it come out. It's been a bit of a personal struggle for me to finish, but I'm glad it's done, and I hope it was worth it for all of you. Apple Music Amazon Music Bandcamp Spotify YouTube label: GarageMonkey Productions (GMP-035) format: digital file released: 19 February 2019 time: 45:46 recorded and engineered by Deterior February 2016–January 2017 mixed and mastered 2017–2018 cover photography: Santiago Sito
Post a Comment
Read more
More posts

Elsewhere on the Web